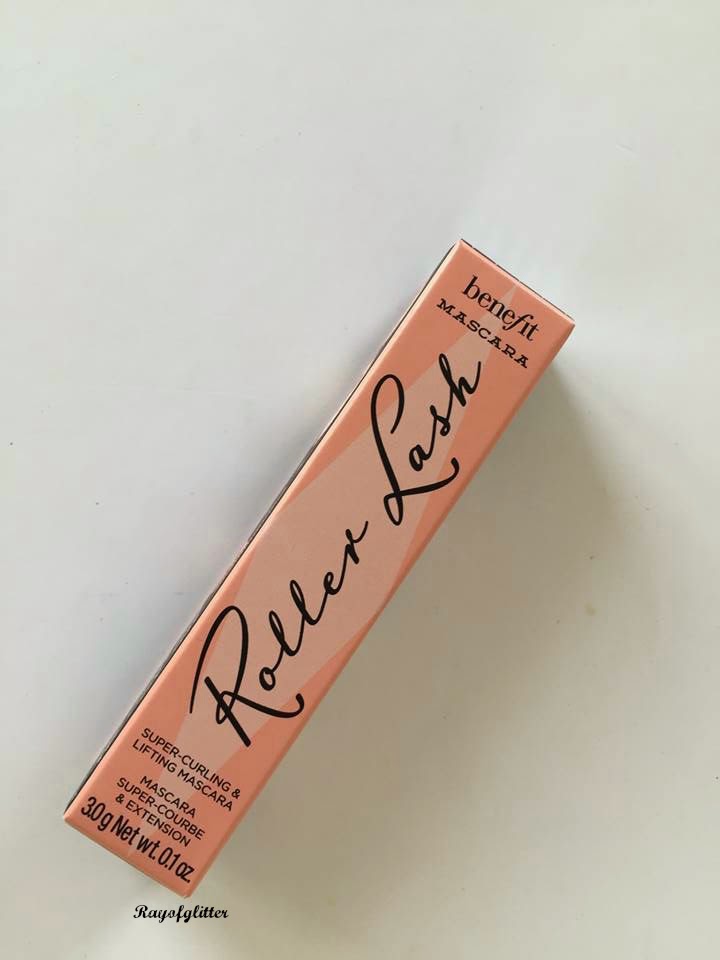 Benefit has got to be one of my favourite make up brands ever. I love the whole retro vibe, packaging and new releases that the company comes up with. I absolutely love the styling of the new salons that have popped up and the the design of the bar that they had before Christmas too.

I bought Elle magazine as it had Benefit make up free with it and not only that it was their new release of the Roller Lash mascara. The full sized version of this mascara costs £19.50 usually so for the price of the magazine it was a great way of trying it out for much cheaper.


I have tried out all of Benefit's mascaras before and this is the one that has stood out the most to me. I love the idea that it lifts and curls your eyelashes as I want long fluttery lashes. 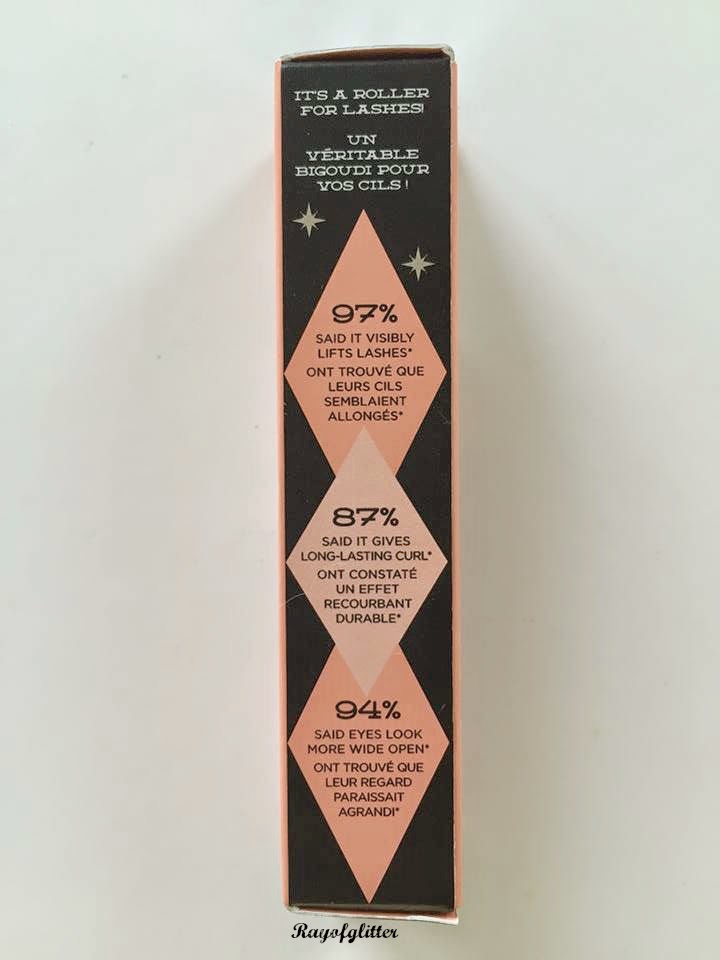 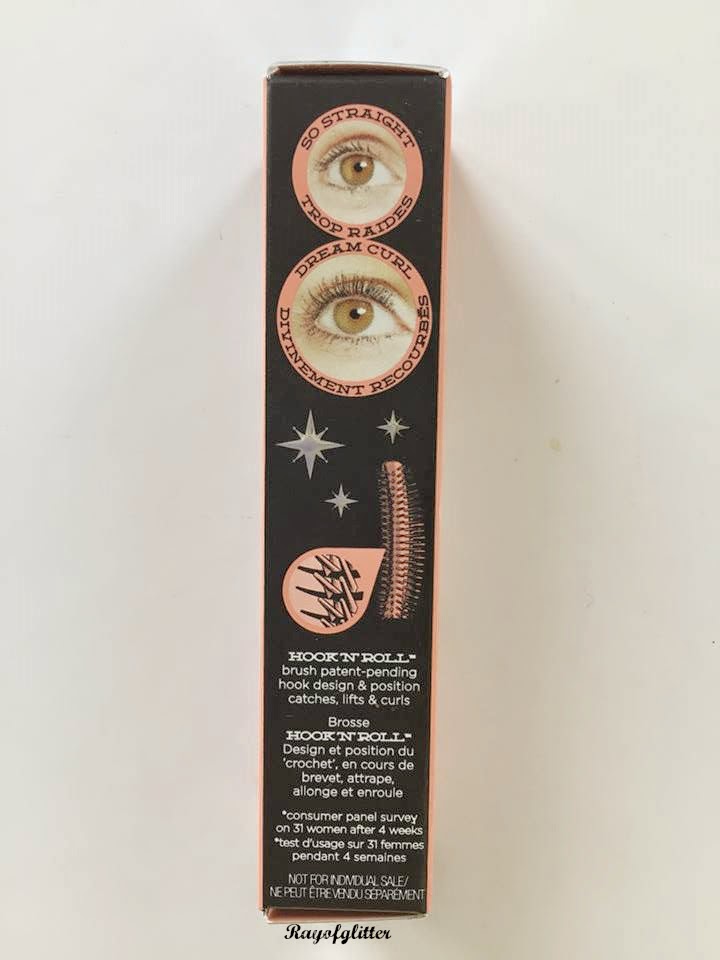 The sample size comes in a small 3g tube and has a regular lid rather than the pink roller of the full sized version. The mascara wand is also black on this version rather than pink which is a shame as I love the retro roller version. 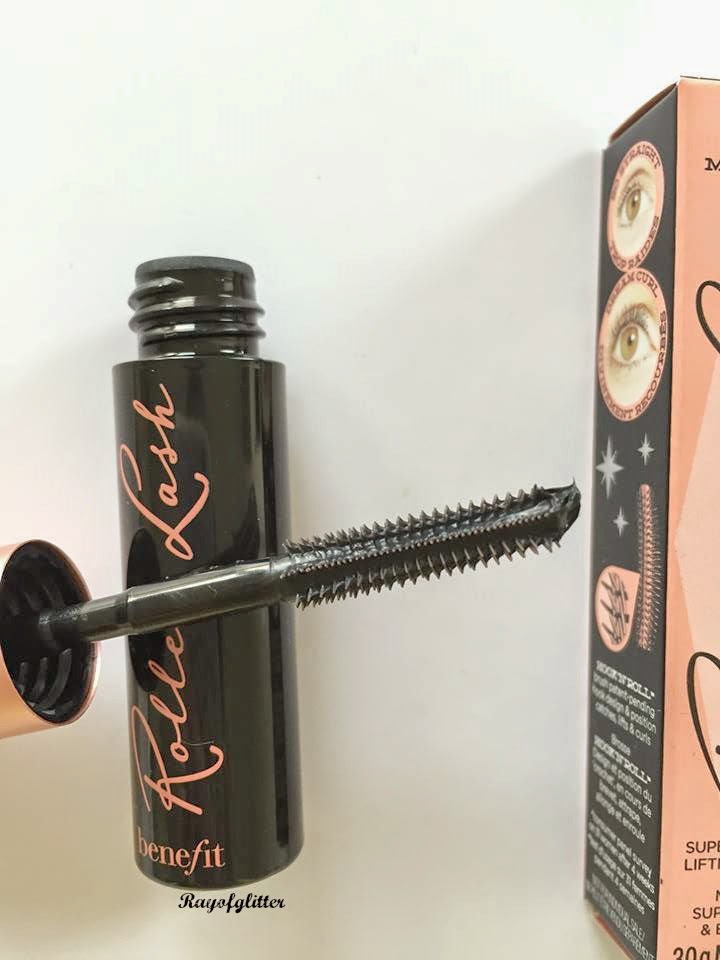 The brush has been designed so that it hooks the eyelashes and the little spikes ensure that it catches many lashes in order to lift.

What Benefit say about Roller Lash;

Gently wiggle the wand from base of lashes to tip. Repeat across your lashline, making sure to catch every lash.

Here's my lashes without mascara on and they are quite curled already naturally. They are blonde on the ends too which are more noticeable when mascara is added as they are longer than they look.

This is one coat of the Roller Lash mascara and I found that it was really easy to apply and curled my lashes. It makes for a wide eyed look and is my favourite of Benefit's mascara so far. I love the black shade and found that it lasted the whole day without any smudges or crumbling.
I wouldn't say it was super easy to remove as some mascara remained and smudged under my eyes but after a second wipe it all came off.

Overall, I love this mascara and would buy the full sized version of it. If you are looking for a mascara that curls your lashes then this is the one whereas if you're looking for length then I would try the They're Real mascara instead. 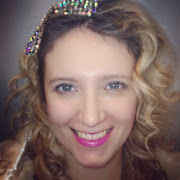